Setting up the AppDelegate ¶

Begin by creating a new Xcode project (⌘⇧N). Name your project wisely and create a new class in the Classes group, called AppDelegate.

Switch to the header file and declare two IBOutlets for the main window and the sheet on which we’re going to display the editor in a few minutes. Also, add two IBActions called -openEditor: and -closeEditor:. Finally, add an ivar that holds the NSPredicate we’re going to be editing. 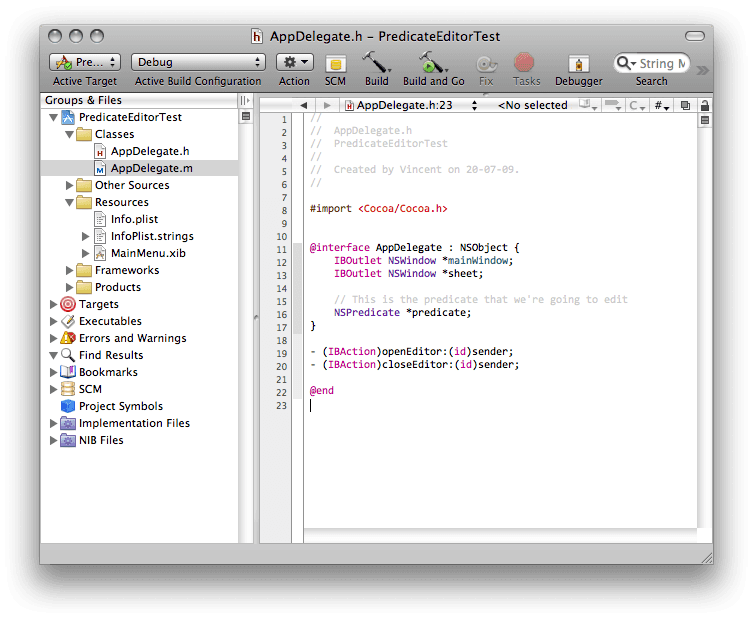 Next, we’re going to fire up Interface Builder to build the UI. Double click on the MainMenu.xib file under the Resources group.

Drag an NSObject object from the Library into the XIB and call it App Delegate. Hit ⌘6 and make it a subclass of the AppDelegate class we just created. Then, hook it up to the delegate property of the File’s Owner. 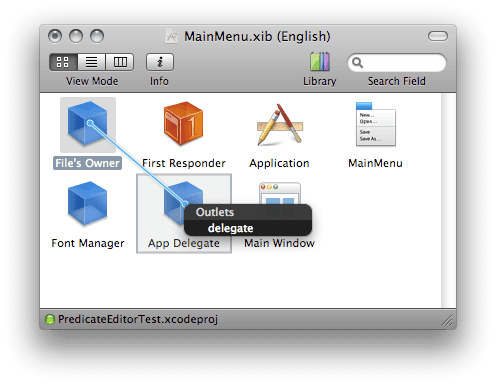 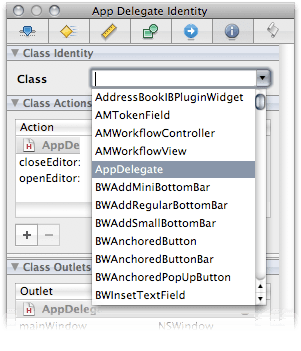 Drag a new NSWindow to the XIB-file and call it Sheet. Make sure the checkbox “Visible At Launch” is deselected or the sheet will not display properly at runtime. Open the main window and add a NSButton and a NSTextView to it. To the sheet window, drag a NSPredicateEditor and a NSButton. They should look somewhat like this now: 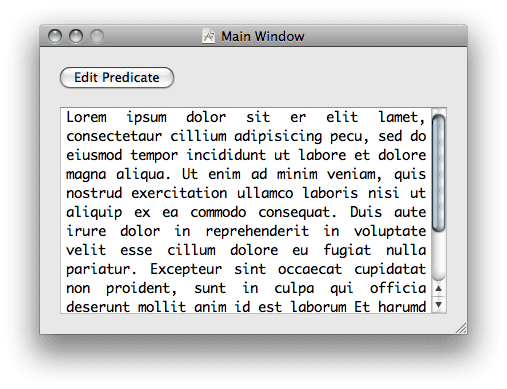 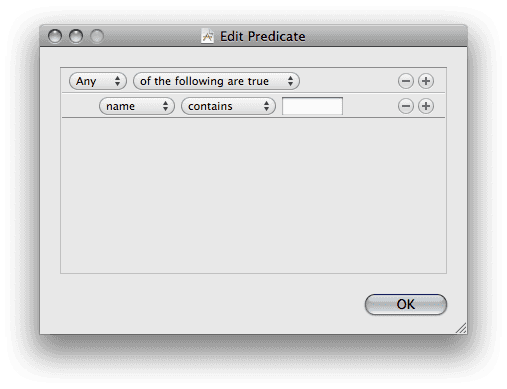 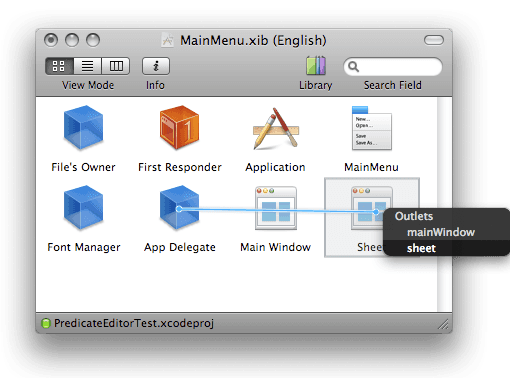 In the edit window, click a few times until the “name contains” row template is selected. In this row template, you define which key paths are supported. Supported here means two things: 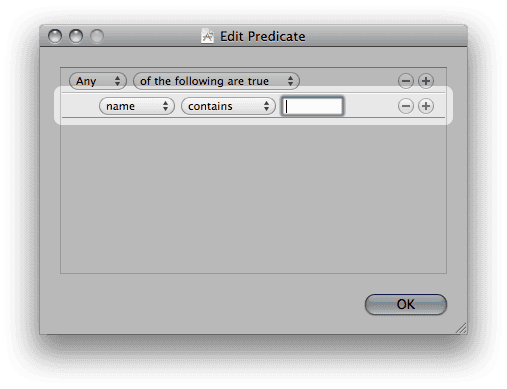 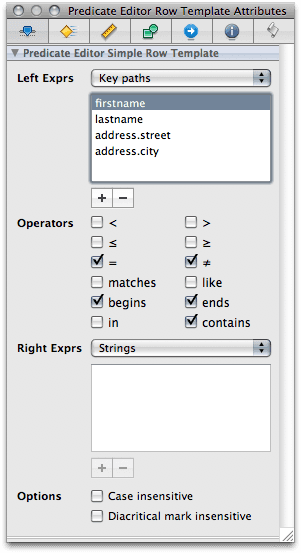 In short, in Interface Builder, create a row template for each type of match that you want to allow. Typically, this means for each data type that you want to support. In our example, we have the following setup: 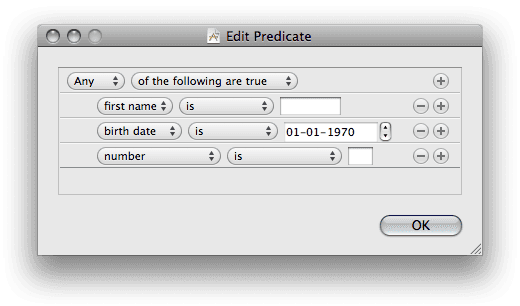 Using bindings to connect the predicate to the UI ¶ 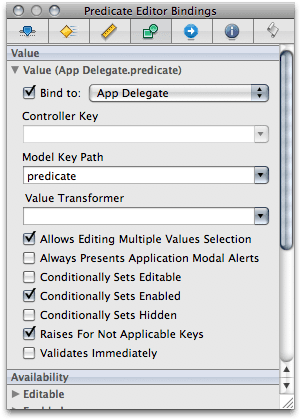 Do the same for the text view in the main window, but this time hook it up to the “predicate.description” key path (since only strings can be displayed in a text view). When you do this, make sure that the text view is read-only, since the description property of objects should never be set.

Writing the code to wrap it all up ¶

Finally, we have only a bit of code to write in our AppDelegate implementation, so let’s go:

In the -init: method, we initialize the AppDelegate by setting and retaining a reference to a rather complex default predicate. When the XIB is loaded at run-time, the textbox shows exactly this predicate and it can be edited by invoking the edit sheet.

The actual implementation of the -openEditor: and -closeEditor: methods aren’t too exciting.

You can download the source code for this tutorial as an Xcode project here. 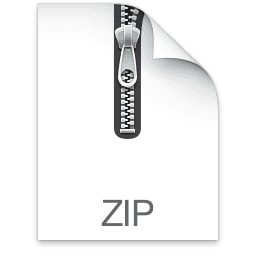